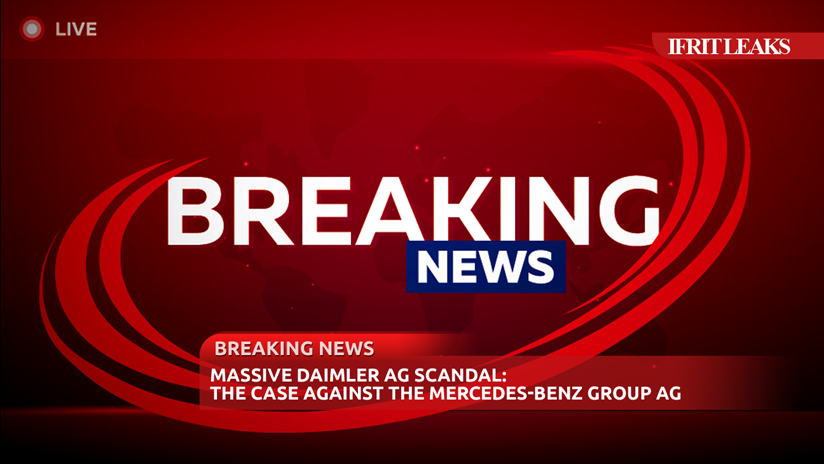 NEW YORK (IfritLeaks.com) — There can be no doubt the full circumstances surrounding the new Daimler AG scandal have yet to be uncovered. The reason the scandal is so offensive to most of us is that Daimler’s conduct violated the most basic of moral principles, principles that all of us tried to instill in our children—honesty, integrity, trust, fair play, and personal responsibility. These are the core values for most American values, and the foundation on which America is built. When these core values are shattered, America is weakened. Based on 15 Wall Street analysts offering 12 month price targets for the Mercedes-Benz Group stock in the last 3 months. The average price target for the stock is $88.92 with a high forecast of $106.79 and a low forecast of $64.07. The average price target represents a 48.61% change from the last price of $59.84. These 15 Wall Street analysts have no idea that the Mercedes-Benz Group AG is under investigation by the United States Securities and Exchange Commission (SEC). According to the Rich TVX News Network, there’s a new whistleblower SEC complaint filed against the Daimler AG. The whistleblower reported the ethical misconduct scandal at Daimler AG. In the weeks and months to come, we fear we may learn of further impacts from the Daimler AG scandal. Daimler announced last year that it would change its name to Mercedes-Benz, and that change took effect on February 1 of this year. The Mercedes-Benz Group holds 35% of shares of Daimler Truck. The Mercedes-Benz Group AG (Previously Daimler), and Daimler Truck Holding AG are both listed in “The List of Shame” by the Yale School of Management. Refuse collection trucks were included in a European truck cartel the European Commission fined six sears ago the top EU court ruled last week, opening the door to claims from buyers of these vehicles. Neither the European Commission nor the federal government will ever be able to keep companies from going unethical. However, one thing the European Commission and the federal government should guarantee is that investors know the truth. Our entire financial system relies on the transparency. 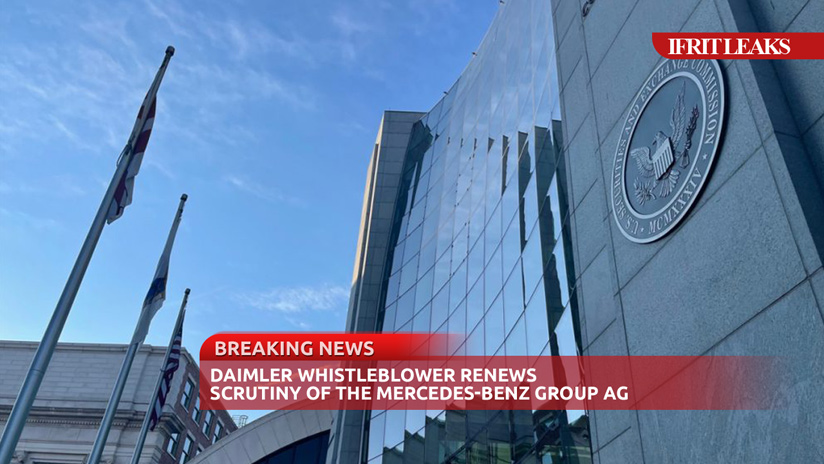 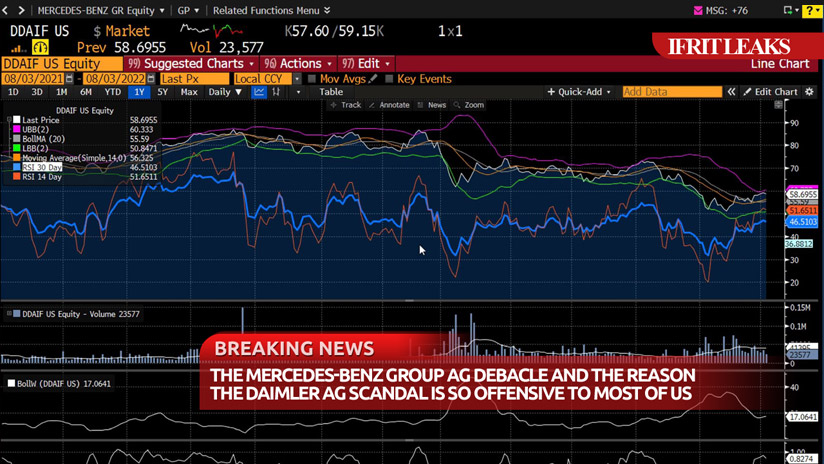 We are tasked with a responsibility to the American people. We are not here to judge or convict but we are here to ensure the American public is fully informed. During the past several weeks we have spent a significant amount of time going over the rubble that is the current Mercedes-Benz Group AG debacle. We are disappointed and our readers are pretty much shocked to learn that a father spent four years in prison even though he was innocent. He was arrested and kept in prison for four years. He lost four years of his life, endured severe pain, and suffered with a permanent handicap, but he never regretted holding on to the truth. He was imprisoned because a large German corporation perverted the course of justice by corrupt means, and despite being a wealthy man, he lost everything he had and he died in abject poverty. A whole family was destroyed by these events, according to the leaked United States Securities and Exchange Commission (“SEC”)’s documents filed against Daimler AG, (which changed its name to Mercedes-Benz Group AG). A whistleblower has submitted original information to the SEC. The content of these documents has it all. Violations of the Foreign Corrupt Practices Act, including at a minimum,15 U.S.C. §§ 78m(b)(2)(A), 78 m(b)(5), and 78ff(a), 15, U.S.C. §§ 78dd-1(a)(1)(A)(i) and (a)(3)(A)(i), as well as violations of 18 U.S.C. 2 and 18 U.S.C. 371. More allegations were listed in the “Facts Pertaining To The Alleged Violations” document provided by the whistleblower. So far there is no comment from the Mercedes-Benz Group AG on the SEC Whistleblower Complaint documents, and the public regrets that they have chosen not to explain to the American public, and to their employees how the Daimler AG senior management apparently failed so completely to fulfill their responsibilities, and acted the way it did, according to the SEC Whistleblower Complaint*. The Mercedes-Benz Group AG potentially will face heat from analysts and newspapers in the coming weeks.*Disclaimer: The views expressed in the whistleblower documents are those of the author(s) and do not necessarily represent the views of IFRIT leaks, or its management. All the charges are accusations of the whistleblower, according to the SEC Complaint documents, and all defendants are presumed innocent until and unless proven guilty. 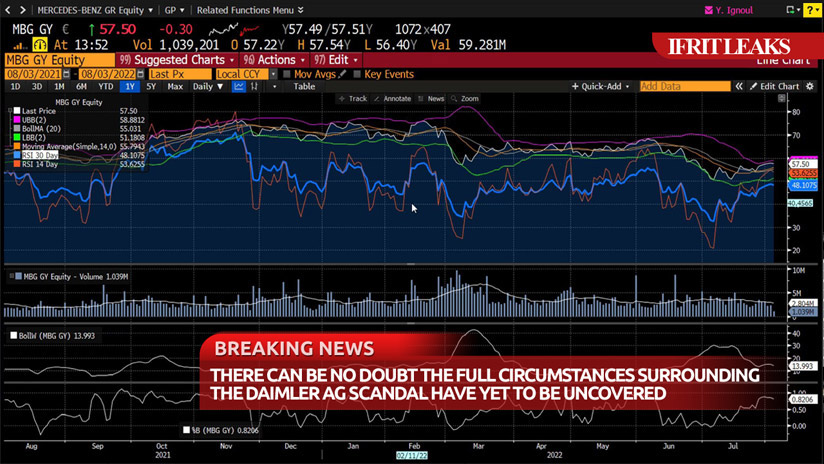 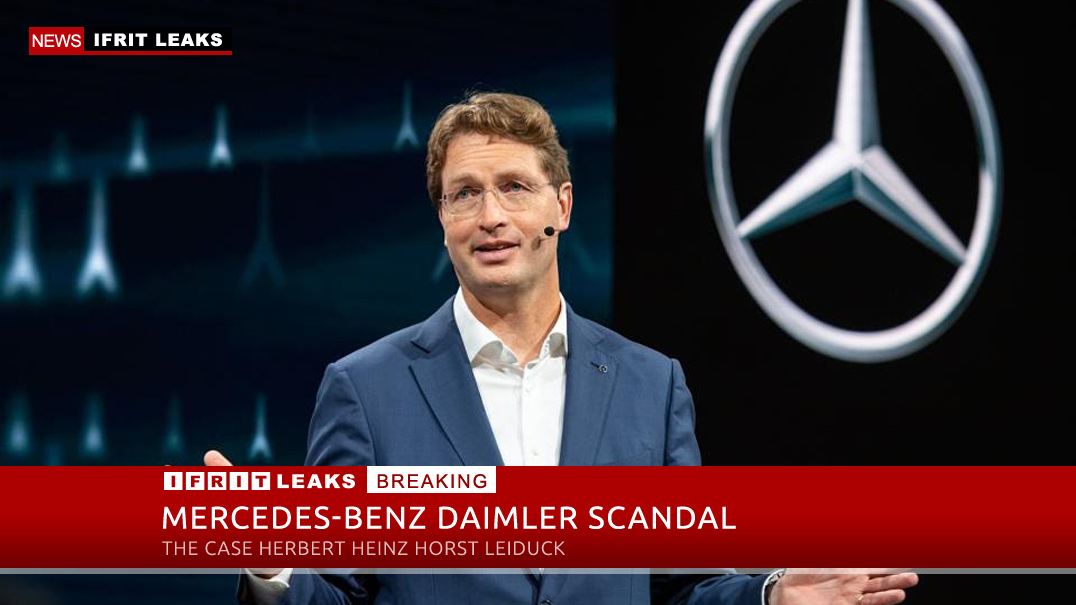 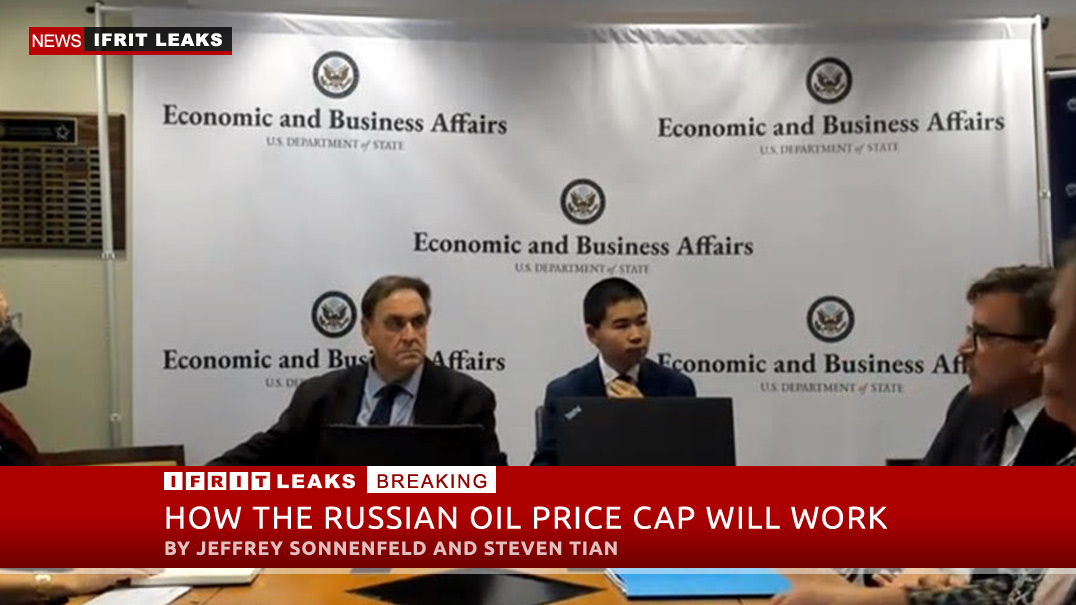 NEW YORK (IfritLeaks.com) — There can be no doubt the full circumstances surrounding the new Daimler AG scandal have yet…